Susan O’Gorman is officially 1 in 144 million.

That’s how many entries HGTV received in its 2020 Dream Home giveaway.

O’Gorman won the dream home and new car, which are valued at $2 million, according to an HGTV announcement Wednesday. The 3,500 square-foot, coastal-style house is located near Hilton Head Island, just 200 miles away from O’Gorman’s home in Perry, Georgia.

“It’s so unreal, I’m still in disbelief, it doesn’t seem like reality,” she told HGTV.

According to a news release from HGTV, O’Gorman signed up for daily email reminders to enter the giveaway and “faithfully” entered almost every day. Her name was chosen from 144 million sweepstakes entries.

O’Gorman is no stranger to Hilton Head Island.

“We used to vacation there when the kids were young, it’s one of our favorite places to be. It’s not very far from us, it’s only about three hours,” the soon-to-be first-time grandmother said in the HGTV news release.

The home, which was built in 2019, is located in Windmill Harbour near Hilton Head Island and has waterfront views.

“My favorite part of the house is not a room; it is the outdoors. I just love that backyard, it looks like a place you’d go escape and relax,” she said. “But there’s not a part of that house that I don’t love.”

Here are some things you may not know about the HGTV 2020 Dream Home winnings:

O’Gorman gets all the furnishings…

The home has been beautifully staged, and the winner gets to keep all the decor.

All three bedrooms boast mattress sets and window trimmings, as well as storage and seating. The rest of the home has comfortable couches and chic patio furniture from Wayfair that will belong to the winner.

Taking on another home means taking on the property taxes. While HGTV doesn’t directly release the potential listing price of the home, it sits between $1.75 million and $2 million, according to HGTV promotional rules.

Property taxes on homes of similar value are between $25,000 and $29,000 each year, according to the Beaufort County tax calculator.

But HGTV has a plan for that, according to home promotions manager Chesney Anderson.

Along with the gift of the home, O’Gorman will also get a $250,000 cash prize, which is intended to cover property taxes. She is also given one free hour of financial advice, Anderson said.

Although the home is near Hilton Head, the community is in Windmill Harbour on Jenkins Island, which is not part of the Town of Hilton Head Island.

For nearly a decade, Jenkins and Hog Island residents have been tossing around the idea of being annexed into the town.

HGTV scouted out a “mole,” or a friend of O’Gorman to help surprise her.

The HGTV ambush crew worked behind the scenes with O’Gorman’s family to break the exciting news via a virtual ambush.

“My two girls knew about it, I’m just shocked that they managed to keep it from me,” she said. “My daughter was showing me pictures on her laptop of rocking chairs she wants to buy for her porch. Then she said, ‘Hey Mom, check out this call that’s coming in.’ Tiffany [Brooks] appeared and I recognized her right away and she told me I was the winner!”

HGTV knows a lot about the winner

While O’Gorman was chosen randomly, five alternates were chosen during the drawing.

HGTV performed a background check on the first winner and chose the “mole” by diving deep into her social media.

While the home, $250,000 in cash and the Honda Passport Elite are an impressive win, not everyone who wins the giveaway wants to take all that on.

In that case, there’s a $2 million cash prize the winner may also choose. In South Carolina, about $640,000 in state and federal income taxes will be taken from the award.

Sat Mar 21 , 2020
Kevin Lamarque/Reuters It’s hard to overstate just how much life for working people in the United States has changed since the novel coronavirus first reared its ugly head in January. At least 16 million people have lost their jobs, and millions more are teetering on the brink. But now that […] 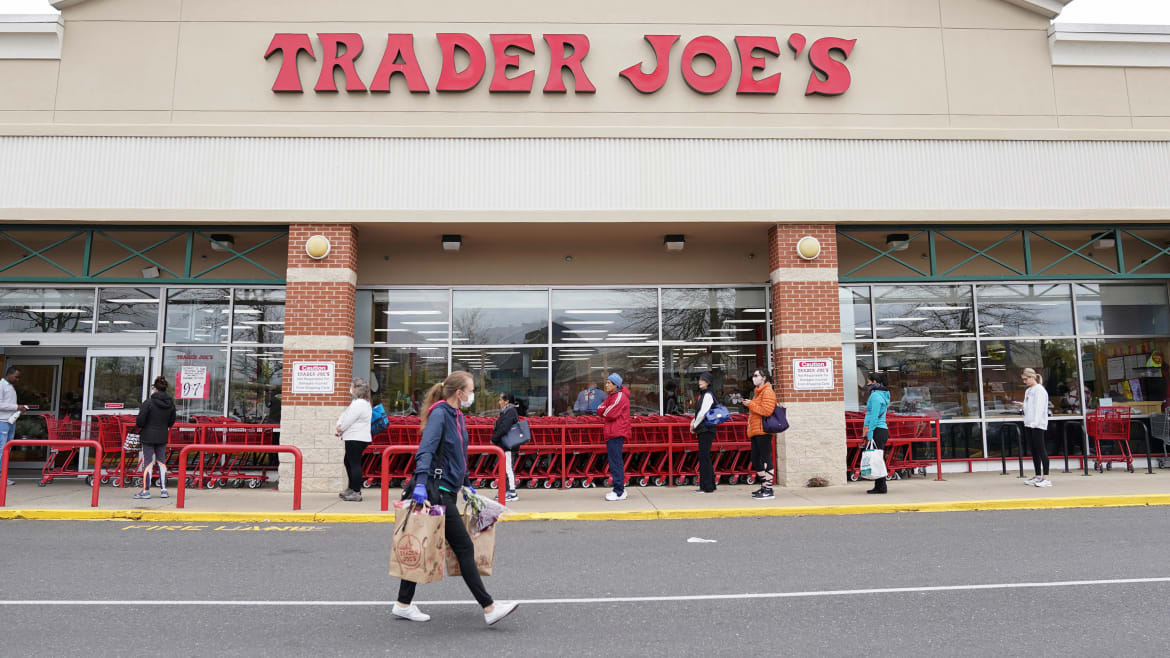