You would likely be disappointed if Scotland failed to offer great traditional pubs for walkers, complete with regular ceilidhs, great craic, filling food and open fires where you can dry your damp socks. What you might not expect is a seaside inn where cricket matches are played on the beach, or a Michelin-starred chef and design-led contemporary rooms in a quiet East Lothian town. In fact, some of the best cooking in the country can be found in some unexpected (and magnificent) locations. Here’s our pick of the best pubs and restaurants with rooms in Scotland.

Don’t be deceived by the simple coaching inn exterior or the workaday location. This five-time AA Scottish Gastropub of the Year is all about the food. Tempura squid is so light and crisp it rustles, while venison haunch bourguignon is darkly sticky with a pillowy billow of garlic mash as comforting as your grandmother’s bosom, all topped off with a bubble perm of crispy, curly strips of deep-fried parsnip. There’s local seafood too – Eyemouth lobster and locally sourced fish and chips. The bedrooms are determinedly boutique, with stormy-coloured paint and bold floral feature walls.

• An insider guide to Edinburgh

A popular escape for Edinburghers pining for fresh air and a walk on the many miles of sandy beaches or a bracing round of golf. Don’t be fooled by the ivy-covered traditional stone pub exterior, it’s sleekly design-conscious inside, from the cast iron Japanese teapots to the stormy Scandinavian seaside colours – shades of inky marine blue and foggy grey and soft greige. Every element of design is coherent, from the pale exposed stone to the dark-walled gravel courtyard with a faintly Zen feel and trendy open fireplace. The dedication to detail continues in the rooms too, and quality too, with feature walls with a Rorschach-test take on tartan and thistle wallpaper.

• The best boutique hotels in Scotland

If you’re catching an early-morning flight out of Edinburgh (or even if you’re not), give the identikit hotels a miss. Try this 18th-century coaching inn – now an award-winning gastropub with rooms – on the canal side of a tranquil village just 10 minutes from the airport. Graham and Rachel Bucknall added simple, pretty bedrooms and a great restaurant to this traditional village pub, tucked neatly between a humpbacked stone bridge and the Union Canal. Gently updated with wooden floors and lots of soft, misty colours, there’s great pub atmosphere with fires and board games for winter and outdoor seating areas on the canal side for when the sun comes out.

• The best pubs with rooms in Yorkshire

The Ship Inn is situated metres from Elie’s beach in the East Neuk of Fife. Expect carefully placed ship’s wheels, oars, nautical maps and twisted rope. Everyone fits in here, partly due to the universally recognised décor, but also thanks to the friendly buzz of the place. Settle into cosy tartan armchairs next to the open fire, prop up the bar or gaze out to sea from the beer garden. In the six rooms, Wooden shutters and tongue-and-groove panelling bring an American vibe, while up-cycled packing crates make for bedside tables, and vintage trunks bring thoughts of travel to mind.

• The best hotels in Scotland

An unassuming roadside inn is, in fact, a five star restaurant and rooms, with a Michelin star to its name. The building dates back to the 1700s, when it served as an ale house, coaching inn and blacksmiths. Today, discover contemporary suites and excellent food, in an unexpected corner of rural Fife. A traditional exterior hides a modern décor that sensitively incorporates period features, such as exposed beams and vast fireplaces. The lounge is decorated with cream panelling and wooden flooring, which contrasts with bright furnishings in teal, terracotta, and geometric black and white, and colourful artworks by David Mackie Cook and Nael Hanna.

• The most romantic hotels in Scotland

This is what everyone’s fantasy of the Scottish Highlands looks like: a remote setting at the end of a long drive on Loch Fyne, next to the ruins of Old Castle Lachlan (rumoured to be haunted by the ghost of the horse that belonged to 17th-century clan chief Lachlan Maclachlan). Chef Pamela Brunton and co-owner Rob Latimer have taken a DIY approach to the simple but lovely bothies that reflect the modern Scottish cooking at the restaurant, which is one of the best in the country; in the country; Brunton is an alumnus of Noma and Faviken, and she has brought to Loch Fyne the same attention to produce, innovative technique and foraged ingredients.

• The best restaurants with rooms in Britain

Two simple white buildings comprise this remote hotel on Loch Dunvegan. Its restaurant retains much of its modest, crofthouse character, with small rooms, stone walls and low ceilings. The suites, in an adjacent building designed to capitalise on the views, are airy, high-ceilinged and gently contemporary, with a Scandi-meets-Scotia feel to the decor: pale, sophisticated simplicity in shades of sea, sky and sand. Smartly-dressed staff are charmingly attentive, greeting you with tea and home-baked cakes, followed later by drinks in the attractive lounge with its cosy wood-burning stove, books, Lewis-men chessboard and telescope for bird, seal and star-spotting.

• The best spa hotels in Scotland

This cosy family-run bolthole – a historic rural hotel reinvented as a restaurant with rooms – is at the heart of a small community that makes an ideal base for exploring Argyll and the isles. A lick of paint has brought a brighter sheen to the façade of this 400-year-old dame, which had lain neglected for years. Public areas now abound with exposed rugged stone walls, hardwoods and lush fabrics rather than tartan tat. But Etive restaurant is the axis here, a genuine foodie oasis and arguably the finest place to eat in the region. ohn McNulty works wonders with the ultra-local produce, whether it be the Mull Pig’s Heed or the salmon he smokes using local larch from Loch Awe.

• The best restaurants in Edinburgh

The four bedrooms above this Michelin-starred restaurant with rooms are as stylish as the food. It combines panache and confidence: a mix of baroque swirls and classical patterns – including a blown-up Caravaggio on one wall – and eccentric retro touches with the building’s elegant high ceilings and tall windows used to full effect. Chef Paul Kitching is a maverick who likes the drama of teasing out unlikely flavour combinations, such as brandy snaps, black pudding and chicken into a dish of meltingly subtle delight. He’s utterly serious but always with a hint of play – like in the signature pre-dessert drink poured from a china cow.

Sat Mar 7 , 2020
It’s both functional and decorative. With summer just around the corner, many of us are looking to spend some time outside. That means rolling out the patio furniture, prepping the grill, and stocking up on bug spray. It also means those cool summer nights will need a heat source – […] 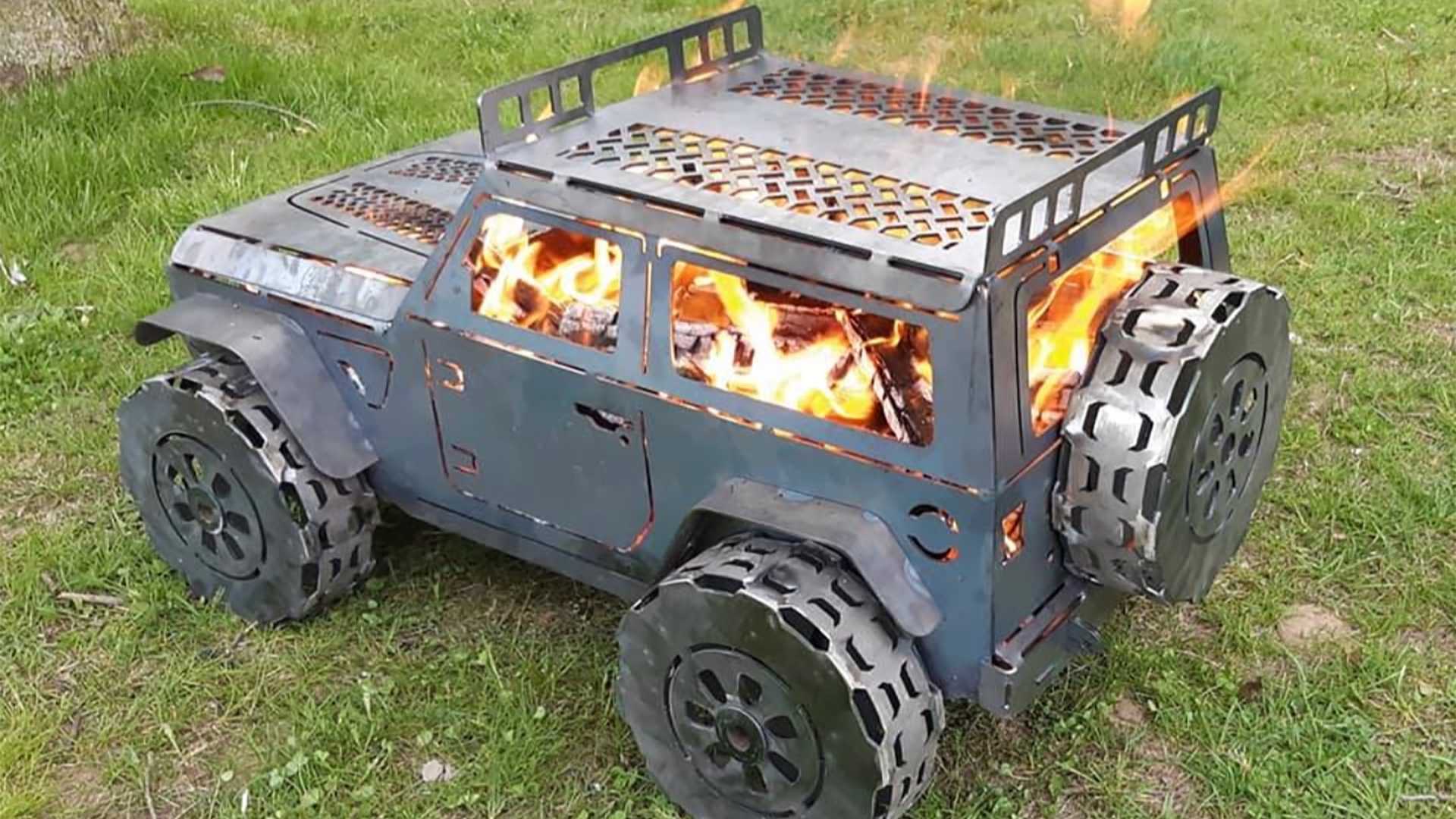