In February 2019, Thacker’s father died, which led to him finding out he had a sister living in Modesto, Calif. That led to a trip to visit her and a stop in San Francisco to sample cocktails at a few bucket-list Tiki bars. In one of those bars, with decor that made Thacker feel like he was “below deck on a pirate ship,” he decided to open his own Tiki bar in Worcester.

Now it’s April 2. We’re in the grip of the coronavirus pandemic. In the U.S., thousands have died, millions have lost jobs, and the worst might still be ahead.

Thacker, however, is upbeat. He anticipates opening One Eyed Jack’s Tiki Bar & Grill in the former Beatnik’s space along Green Street in May — right around the time Gov. Charlie Baker’s ban on dine-in service ends on May 4, if it does end.

“I’m just lying low,” he said. “Everybody’s on pause. But as soon as we get a green light, I’m going to have that place ready in a couple of weeks.”

The dream of One Eyed Jack’s began more than a decade ago when Thacker, 44, talked his way into a bartending job at Ding Ho Dynasty in downtown Worcester. He practiced how to make popular Polynesian-style drinks at home, and worked his way up to become the bar manager.

When Ding Ho closed in 2012, Thacker moved on to the Lucky Dog Music Hall, where he started slinging original Polynesian cocktails out of a bar at the back of the building. When Lucky Dog closed, he moved into motorcycle and car sales, and then to tending bar at the Brick Mexican Grill in Sterling. He made everything there from scratch with natural ingredients — no artificial drink mixes or bottom-barrel liquor.

Across his career in bars and restaurants, the main lesson he’s learned is “how not to do things.”

“Don’t overcook the noodles, don’t use cheap ingredients,” he explains.

It’s a simple strategy he’s planning to use at One Eyed Jack’s, but can it work during a pandemic?

Every restaurant and bar in the state is all but closed right now, and some may never recover. Over 400,000 restaurant and bar workers lost a job in March, according to the Bureau of Labor Statistics. The Massachusetts Restaurant Association has called the takeout strategy most restaurants are using “unsustainable.”

It’s too late for Thacker to go back, but he’s also in a better position than most other restaurateurs because he hasn’t opened yet. He’s prepaid some rent, and his staff aren’t working, so there’s no payroll. One big setback has been getting a liquor license. The Worcester License Commission was supposed to give him a key approval on Thursday, but the meeting was delayed until April 16.

Thacker isn’t worried yet. He says he’ll resist offering just takeout if coronavirus rolls past May. The charm of a Tiki bar is sitting down, enjoying a scorpion bowl, and maybe singing karaoke. The food will be great, he says, but he wants to stand out in the local bar scene, not serve takeout.

He’s banking that all the self-quarantining going on right now will result in people flocking to local bars once the crisis passes. For all those who lost jobs, Thacker thinks people always save a few dollars for food and drinks.

And, yeah, he’s a little mad that an unforeseen calamity like coronavirus is suddenly in his way. Thinking back to his trip to San Francisco last year, he marvels about how this all ended up here in Worcester trying to open a Tiki bar during a pandemic.

All he can do, he says, is stay positive every day.

“When it does go back to normal, this is going to be the biggest place in the city,” he said.

This article originally appeared on the Worcester Patch

There’s A Bath & Body Works Candle For Every Quarantine Mood

Fri Feb 28 , 2020
As one of life’s little luxuries, lighting a scented candle is an easy way to make your home or studio apartment a more enjoyable place to spend time in self-isolation. Whether you take yours on your coffee table, flickering beside your wine glass during a Zoom happy hour, or on […] 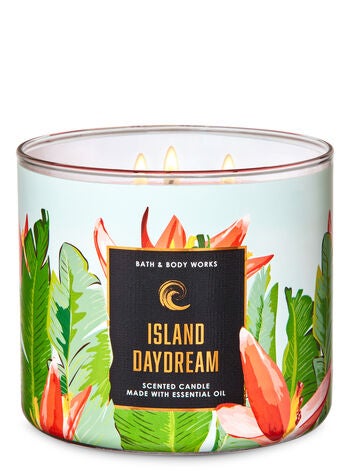