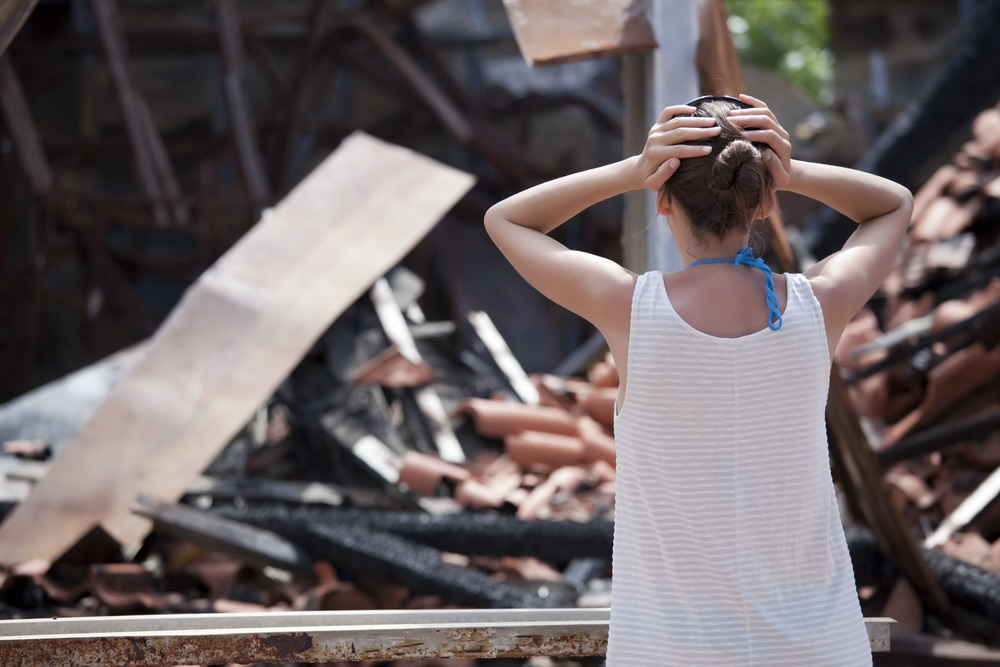 Imagine being awakened in the middle of the night by the screeching sound of your smoke detector. It takes a few moments to make sense of what you’re hearing. Then suddenly, you realize you need to get yourself and your family out. How much time do you have? Not much.

It turns out that modern homes have a tendency to burn more quickly than their older counterparts. The newer your home, the faster it will burn. By the time you hear the smoke detector, you and your family could already be in serious jeopardy. That is why it is so important to have a fire exit plan in place.

It has been estimated that homes built more than 30 years ago could burn for more than 15 minutes before being fully engulfed. As such, experts estimated that occupants had between 14 and 17 minutes to escape a house fire. That time has been cut to 2-3 minutes for modern homes.

From 17 minutes down to 3. That is quite a difference. What’s the cause? It is actually two things: synthetic materials and engineered lumber. Both tend to burn more quickly and significantly hotter.

Synthetic materials, particularly in furniture and draperies, burn much more quickly than natural products. Any synthetics made from plastic are actually petroleum-based, so they tend to burn quite well. So many synthetics just create a tinderbox waiting to burn.

The bigger culprit is engineered lumber. Thirty years ago, framing carpenters relied on solid two-by-fours to build floor joists, roof trusses, and walls. Today, nearly all new houses are built with engineered lumber. I-joists are a perfect example. I-Joists are stronger and less likely to bend or warp. They are cheaper, too. But they also burn much faster.

The biggest problem with engineered lumber is that it is not solid. It’s created by combining multiple layers of wood veneers held together by glue. Once they start burning, they go quickly.

Smoke Is Another Problem

Having only 2-3 minutes to escape a burning house is serious enough. But then you have the added risk of smoke. People who die in house fires do not typically burn to death. They die of smoke inhalation. Moreover, they are overcome by smoke before they have any real opportunity to escape.

Synthetic materials and engineered lumber only add to the danger by producing more toxic smoke as they burn. That’s why you could already be in serious danger when a smoke detector first starts to sound.

So, how can you mitigate the risks of house fires? Vivint Smart Home says the first step is to install a modern home security system that includes smoke detectors. Monitored systems offer an advantage in that there are always remote monitoring personnel paying attention. In the event you are unable to call for help, they can.

Over and above smoke detectors, standard fire safety tips are always appropriate. They include things like being careful with candles, never leaving pots and pans unattended on the stove, not smoking in bed, and so forth. But most important is having an escape plan in place. Everybody in your house should know the quickest point of egress in the event of a fire.

Older homes might offer you up to 17 minutes of escape time should a fire break out. You may have only a couple of minutes if you live in a new home. Either way, be prepared. Know how you are going to get out just in case you ever have to. Otherwise, a fire could mean big trouble.

Hiring a Truck Accident Attorney to Help You Get Fair Compensation

Mon Dec 20 , 2021
Hiring a truck accident attorney is very important. You will be required to document the accident scene and write a detailed account of what happened. Having this evidence will make a case for compensation much easier and quicker for the attorney. After the accident, you should contact the trucking company’s […]