In recent weeks much of the business world has moved to virtual meetings, and while we’re all subject to glitches, wifi dropouts and mockery of our home decor, business is still getting done.

Universal Music Publishing Group has announced multiple songwriter signings, all of which took place in the past few weeks over Zoom.

Melbourne-based producer and songwriter Billy Davis has shared the stage with Ruel, Noname, Anderson Paak, Thundamentals, Blackalicious just to name a few. He is pictured above (lower right) along with manager Jerry Poon and UMPG Australia/New Zealand’s Nora Wever and Arwen Hunt.

British-Japanese artist Rina has been building and releasing independently for the past few years, and will be dropping her first album via Dirty Hit on April 17.

Jamie N Commons, signed by UMPG A&R Caroline Elleray (2011), has become one of UMPG UK’s most successful writers, most recently co-writing Lewis Capaldi’s global smash “Hold Me While You Wait” (a co-write that was put together by UMPG A&R Elizabeth Troughton). He recently released his EP ‘Fever Dreams’ via KIDinaKORNER/Interscope.

Zulily is having a huge sale on puzzles, arts and crafts, office supplies, and more

Tue Mar 17 , 2020
Zulily is having a huge sale on stay-at-home essentials right now. — Recommendations are independently chosen by Reviewed’s editors. Purchases you make through our links may earn us a commission. Looking to ease boredom at home? Don’t worry, us too. For those who are self-isolating or social distancing, there’s plenty of ways to […] 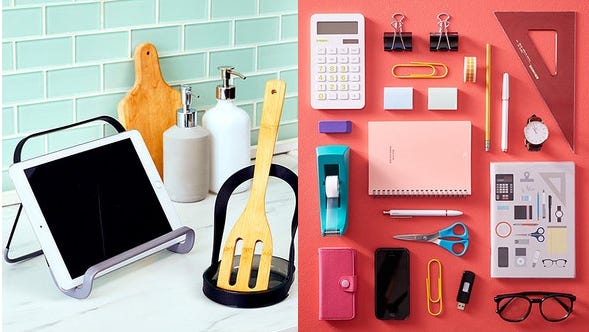