Two years in her East Hollywood apartment marks a milestone of stability for Mexican actress Cristina Rodlo, who had been relocating since she was 18 among Mexico, Los Angeles, Vancouver and New York, where her acting training began.

Life on the move left its mark on the 29-year-old, who enjoys clean, “simple and white,” minimally decorated spaces — her sunny living room, for example.

“I learned that the only way to be able to move and survive was to own as little as possible and not get attached to anything either. If I buy something it’s because I really like it and needed to have it,” said Rodlo, whose recent shows include Amazon’s “Too Old to Die Young,” AMC’s “The Terror: Infamy” and Paramount Network’s Kafkaesque dramedy “68 Whiskey.”

A circular, gold-rimmed mirror, various shots taken by photographer friends and a large, framed “2016 Guide to Manhattan” street map (also from a friend) create a simple yet meaningful tapestry on the stark white wall.

“New York is in my heart. When I was 11 years old, I told my parents I wanted to move there and study acting; it was my biggest dream,” said Rodlo, who earned a scholarship to the city’s American Musical and Dramatic Academy after high school in Mexico. “It’s also where I first struggled as an actor to try to make a living out of something you don’t want to do — passing out fliers in Times Square and working as a waitress and hostess.”

She posted a photo on Instagram Jan. 8 of her face towering over Times Square, on a billboard for “68 Whiskey,” and wrote of her gratitude for the full-circle journey.

Gratitude also inspired the juxtaposition of a pair of photos on her living room wall — black-and-white images of a Turkish woman fully covered in a yashmak, sitting alone on some steps, and a bedazzled drag queen at the Pride parade in L.A.

“One person is living completely different and doesn’t get to make any decisions unless she finds a way to get out, but it’s really hard. The other has this great opportunity to be themselves,” Rodlo said. “I love the contrast. It reminds me to keep myself grounded and be grateful for where I am.”

Why is this your favorite room?

It has the TV, the records, the good natural lighting and the kitchen close. I like to lay down and relax. I always have a spot for plants; I need a little nature in here. It connects you and makes it feel like home.

Describe a perfect moment in this space.

Me cooking something Mexican first, like tacos or something when I really miss home, then bringing it in here and putting on a movie that I really want to see and have a glass of wine. That would be the perfect night.

Do you use this space for anything besides relaxation?

I read scripts and books in here and use the space to play around when I prepare for whatever role I have to perform the next day, whether it’s a casting or the show I’m already working on. And I use the wall in here for self-tape auditions. I move everything and I close the windows.

What kind of music do you listen to on your record player?

Jazz. I love Nina Simone and Frank Sinatra. More contemporary artists would be John Legend and Michael Bublé. And Lady Gaga. I love that you have to change the record every time.

What are some of your favorite objects in here?

I mean, my Emmy for “El Vato,” an international show that I did. But like I said, I like not being attached to anything.

Do you have a favorite memory in this space?

My parents came to visit me a year and a half ago and I was cooking over in the kitchen and music was playing and I remember they were dancing in here. Once a year they come to visit me and once a year I go to Torreón to visit them. It’s really nice to have them here and see that I’m making my dream come true. They’re proud.

These Hanging Planters Will Actually Breathe Life Into Your Home

Sun Feb 9 , 2020
We’re always looking for low investment ways to upgrade our home decor — but how many throw pillows and succulents can an amateur decorator possibly go through until running out of easy options? Enter, the hanging planter: a decorative pot that can be suspended from your ceiling or wall as […] 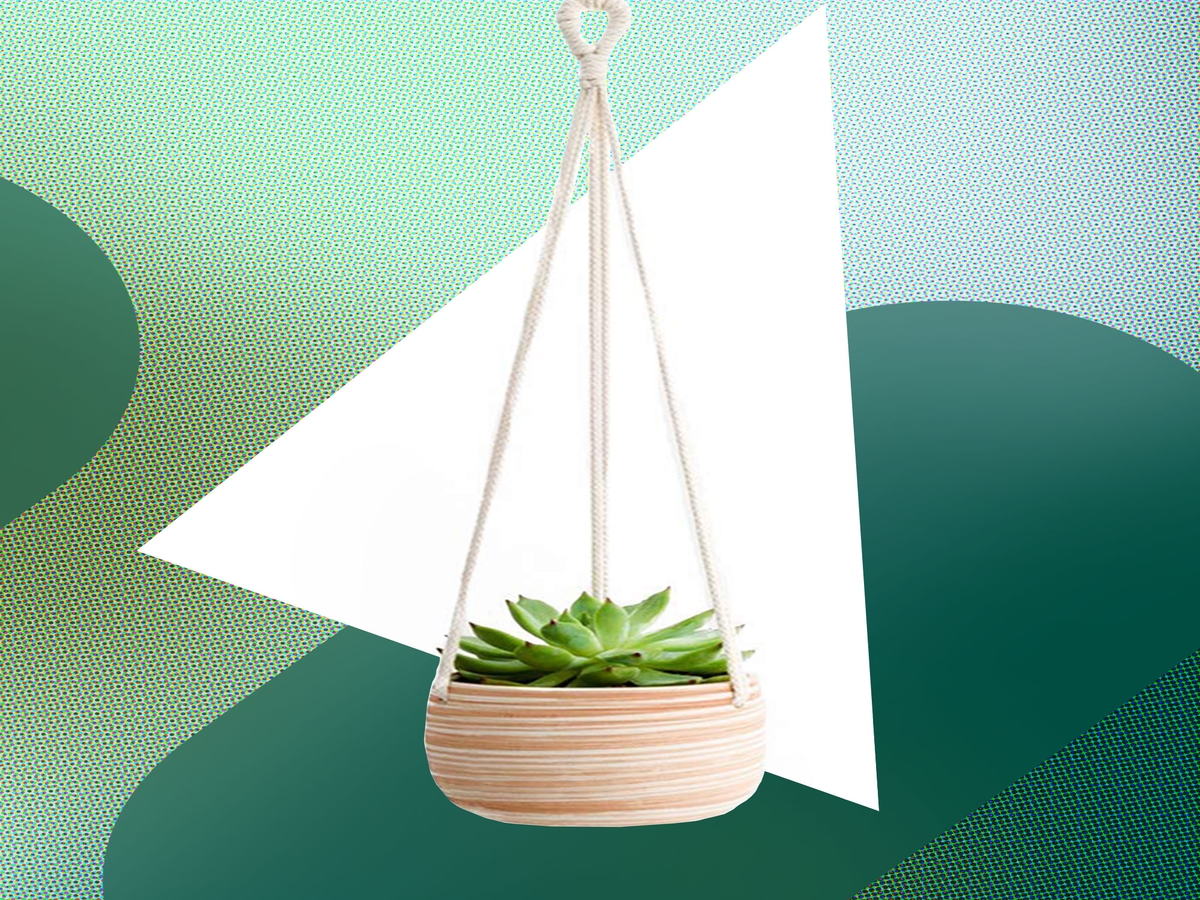