A long-awaited report from a U.S. House antitrust subcommittee finds that Amazon “has monopoly power over most third-party sellers and many of its suppliers,” and proposes sweeping reforms for U.S. tech giants including “structural separations to prohibit platforms from operating in lines of business that depend on or interoperate with the platform.”

Amazon called the report fundamentally flawed, saying its “fringe notions on antitrust” presented an inaccurate view of the market and competitive landscape.

The 450-page report from the subcommittee’s Democratic leaders concludes a 16-month investigation into Facebook, Google, Amazon and Apple as the operators of major online markets. It finds that the market power of the four tech giants “has diminished consumer choice, eroded innovation and entrepreneurship in the U.S. economy, weakened the vibrancy of the free and diverse press, and undermined Americans’ privacy.”

If implemented, the recommendations would have sweeping implications for Amazon’s third-party e-commerce marketplace, one of the pillars of the Seattle tech company’s business.

In a post responding to the report, Amazon said lawmakers wrongly limited the relevant market to e-commerce sales and not the larger U.S. retail industry in determining if the company was dominant.

“The flawed thinking would have the primary effect of forcing millions of independent retailers out of online stores, thereby depriving these small businesses of one of the fastest and most profitable ways available to reach customers,” the company said in its post. “For consumers, the result would be less choice and higher prices. Far from enhancing competition, these uninformed notions would instead reduce it.”

As a measure of total U.S. retail sales, Amazon says its market share is in the single digits. The antitrust report says Amazon’s U.S. online retail market share is often understated as 40%, Instead, it says, “estimates of about 50% or higher are more credible.” It continues:

If current trends continue, no company is likely to pose a threat to Amazon’s dominance in the near or distant future. Although some alternatives to Amazon have experienced growth during the pandemic, there is still a massive gap between the market leader and its competitors. Several factors privilege Amazon as the dominant e-commerce marketplace, and also make entry or expansion by a challenger unlikely. While some of these barriers to entry are inherent to e-commerce—such as economies of scale and network effects—others result from Amazon’s anticompetitive conduct. As discussed elsewhere in the Report, Amazon’s acquisition strategy and many of its business practices were successfully designed to protect and expand its market power. An Amazon executive referred to some of these tactics as the company’s “Big Moats,” and suggested “doubl[ing] down” on them in a business strategy document

Whether any of the recommendations will be implemented is unclear. Republican members of the subcommittee did not sign on to the findings as presented in the report, the New York Times reports.

No, the White Property Is not Promoting ‘Trump Defeats COVID’ Coins 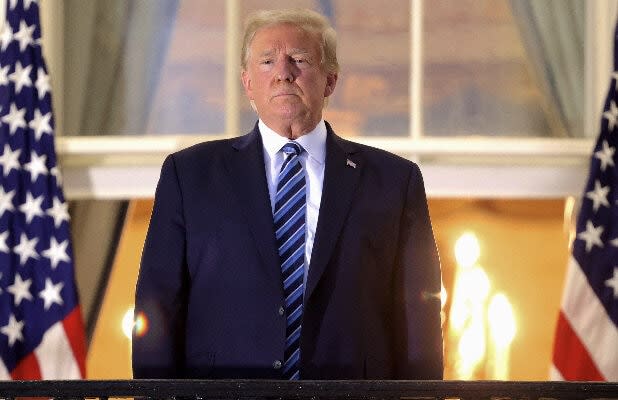