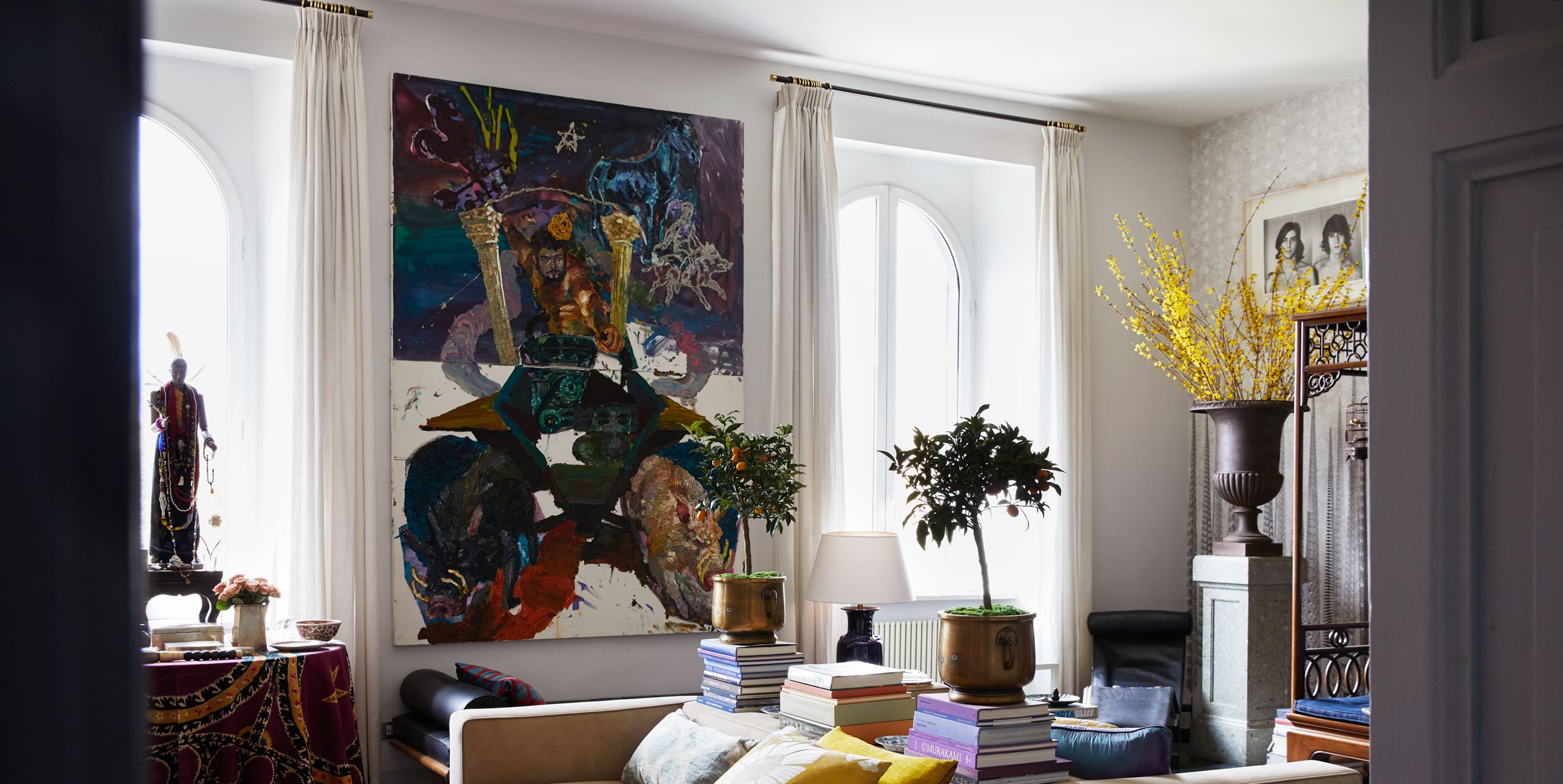 Carlos Souza knows how to live. He’s spent his life basking in the reflective glow of world-class everything: people, places, fashion, food, fame, and refinement. His is one of those only-in-the-1970s stories wherein a young Brazilian man’s magnetic beauty cuts through the crowd at Rio’s Carnival to catch the eye of a famous fashion designer, Valentino Garavani. Garavani promptly swept Souza up in his entourage, where Souza has remained a member of a most fabulous inner circle for four-plus decades.

A pair of Barcelona stools by Mies van der Rohe and bronze cachepots found in Japan and planted with citrus trees face a custom fireplace clad in Pietra Serena sandstone; the rug is by Federica Tondato, and the gallery-style artworks include pieces by Viviane Sassen, Spencer Sweeney, Alberto Di Fabio, and James Brown.

Souza’s role as brand ambassador, VIP, and public-relations pasha at the house of Valentino—requiring him 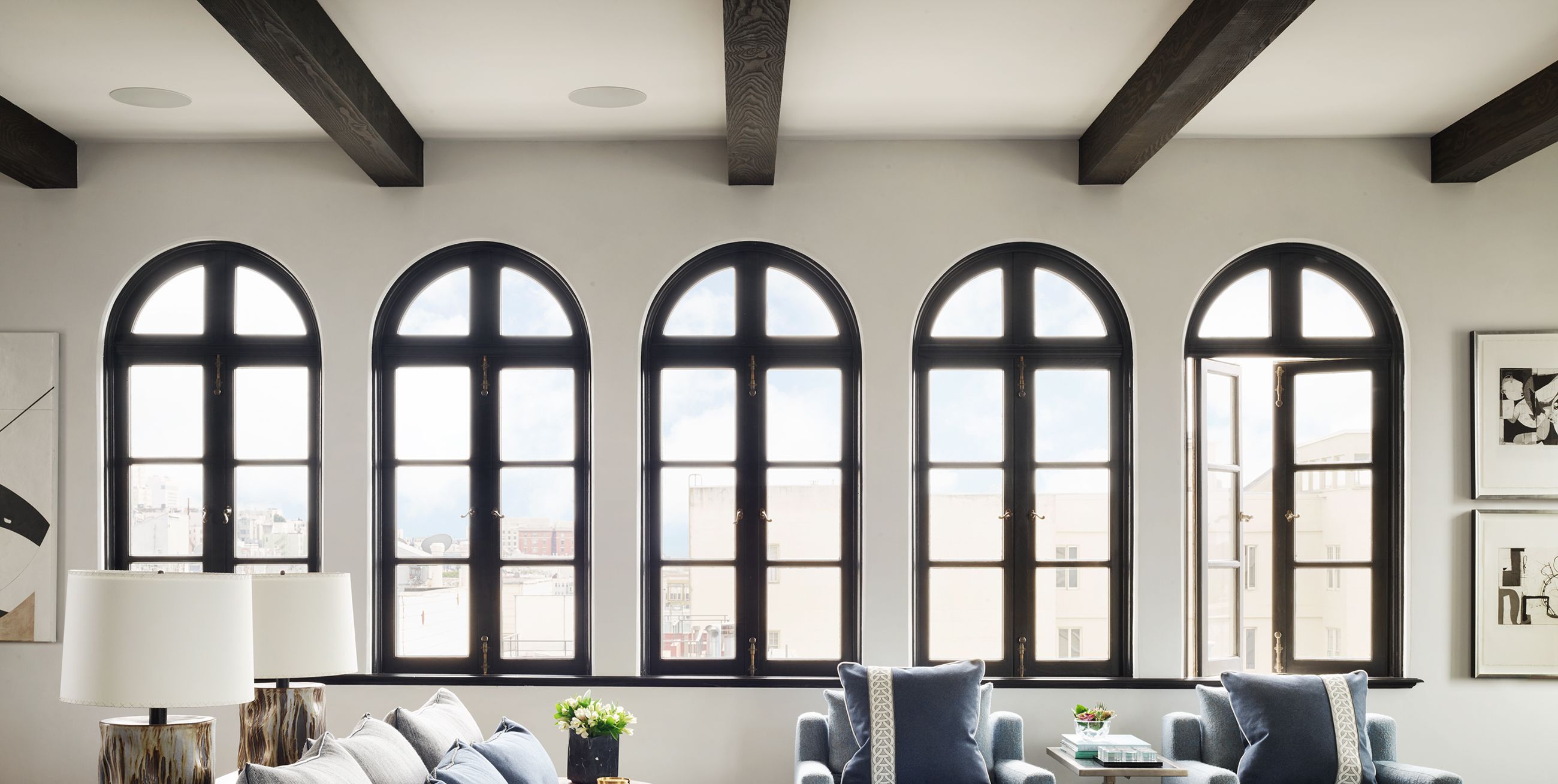 Designer Jay Jeffers is known for creating interiors that are perfect reflections of their owners. He is drawn toward projects where a story can be told, as is evident in the homes featured in his two design books, Be Bold: Bespoke Modern Interiors and Collected Cool: The Art of Bold, Stylish Interiors. He also creates lighting, furniture, and accessories for Arteriors.

Jeffers’s designs are driven by the personality of his clients and their lifestyle. “The geography of the home and its inhabitants inform the aesthetic even more than I do,” he says.

One such homeowner was in search of a modern interior that could complement the extraordinary views of the Golden Gate Bridge in his new home in San Francisco’s Russian Hill neighborhood. He sought out Jeffers, who jokes that his firm seems to have a niche in designing “bachelor pads.”

Before embarking on a search for her dream New York City apartment, actor Molly Bernard compiled a wish list. Light was a top priority, she decided, as was a one-and-a-half or two-bedroom space with enough room to grow a family. Other items included in-unit laundry, a dishwasher, and the sort of overall warmth and sense of safety that comes only from the experience of feeling truly at home. “What I ended up getting was a one-bedroom apartment with a fantastic view of the city—which was nowhere near my list of things,” she reveals with a laugh. “Laundry’s in the basement and I won’t be able to grow into this space when my partner and I decide to have kids, but for now,” she says, “it’s absolutely perfect.”